This is the lens I’ve been waiting for on the GFX system. With this one lens, Fujifilm has solved so many of the shortcomings of the medium format system. The Fujinon GF80 F.17 (GF80) has a wide/fast aperture of F1.7 (fastest medium format lens on the market), it’s relatively light and compact, and it produces some of the most luscious, creamy bokeh that I’ve ever seen. It takes all of that, and delivers it with a focal length that’s so versatile and usable in so many different circumstances.

This review is written from the perspective of a travel photography enthusiast. I’m not a portrait photographer, but I did try to take images of friends while testing the lens, given that it’s marketed as the “perfect portrait lens” that can capture the environment around the person.

Before I share my thoughts, the usual disclaimer. This lens was purchased at full retail price from Fujifilm China (actually I feel very fortunate to have been able to get one on launch day!), and I receive no compensation or benefits in writing this review; furthermore, nobody approves or reads this review before it’s published. All opinions expressed here are mine and mine alone.

Like all Fujinon GF lenses, the build quality is superb and feels like it will last a lifetime. There is the usual weather-sealing and hybrid metal/rubber construction to keep the lens solid, while keeping it as light as possible. I’m a broken record in saying this, but the GF lenses are universally well designed and built, so there’s not much new to add here. However, I will say that my GF80’s aperture ring isn’t as “clicky” as my other GF lenses. I wish the detents were more positive and the ring had more tension between detents. Other then that minor quibble, the lens is perfectly built.

This is where the GF80 really shines. Anyone using the GFX system knows that the GF110 is THE lens to own in the system; that lens alone makes the GFX system. If I were a full frame shooter, I’d buy a second-hand GFX50R and GF110 just to have that incredible lens in my arsenal. However, the GF110 is big, heavy and not something that I enjoy taking around with me when I travel. In fact, I’ve only taken the GF110 on a handful of trips including the one to Mumbai when my brother opened an English school in my elderly father’s name. I wanted to capture every moment of this once-in-a-lifetime opportunity.

It makes the lens very suitable for travel photography and unimposing in typically discrete places like bars and restaurants.

The GF80 weighs only 795g (vs 1kg for the GF110) and is only 99MM long (vs. 125MM for the GF110). The weight is also distributed very well and is a joy to carry around with the excellent grip on the new GFX 100S. It’s only a 26MM shorter, but it’s surprising how much smaller the GF80 feels in real life. It makes the lens very suitable for travel photography and I’ve found it to be unimposing in typically discrete places like bars and restaurants. Street photography is a non-issue with most people thinking it’s an X-series APSC lens rather than a medium format GF lens!

I’ll let the real life images and the test images speak for themselves. There’s plenty of contrast and resolution, even at its widest aperture at F1.7. The only times where I’ve experienced a lack of contrast is when the image is severely backlit. Before going into commentary on the test images, it should be caveated that this is representative of only one lens each of the GF80, GF110, and GF100-200. Fujinon GF lenses are not known for wide sample variation, however without data from the manufacture, we can’t be sure that your lens will perform exactly the same as mine.

In the centre, it appears the GF80 is slightly behind at F1.7 than the GF110 at F2, however it’s still very good. The GF110 is astonishing at F2 so anything that comes close is a win in my book. At F2, it’s pretty even, with the GF110 again being slightly better. At F5.6, I would say the GF80 is actually better, but both lenses have incredible contrast and resolution. After F8, diffraction starts to appear in both lenses with its effects getting severe at F16.

In the extreme corners, I’m surprised at the GF80’s excellent performance. With such a wide aperture in such a compact body, I was expecting the extreme corners to be sacrificed, but that’s fortunately not the case. At F1.7, the corners are definitely worse than the centre, but not enough to matter in reality. There’s some vignetting, but again, for a portrait lens, the performance is excellent and you’d want to highlight your subject somewhere in the middle anyhow. By F2.8, the corners become excellent and I’d feel comfortable to use this lens for landscape images at apertures smaller than F4.

Overall, the GF80 lens has superb performance, especially when you consider its compact dimensions. Now that Fujifilm has shown that they can produce a compact and high performing wide aperture lens, I hope that this opens the door to a GF45 F1.7 and GF63 F1.7. With this lens in my arsenal, I don’t see myself taking the GF63 F2.8 out much anymore.

Distortion is so low that there’s no point to show you a comparison with correction turned off. However, given how small the lens is, there had to be some compromises, and now we’ve found one; the lens has aberrations and fringing in high contrast areas from F1.7 until F2.8. It’s quite common for a fast lens to have aberrations, especially when the designers were working to minimize size and weight.

I’ll admit that I’m addicted to bokeh; it makes up for my lack of photography talent, and this lens certainly makes up for a lot of my deficiency! The bokeh is incredible; it’s so creamy with a vintage look to it. It reminds me of the Voigtlander 50MM F1.2 Nokton that I adore on the Leica M system. The GF80 has rendering from images I saw growing up in the 1990’s and 2000’s. It doesn’t have that hyper corrected look that so many modern lenses have. I absolutely love the way images look. It has that feel of being from a cinema lens or a vintage Leica lens.

Given the small size, we’d expect there to be some cats eyes to the bokeh, and we find that it does indeed have that. This again is a tradeoff I’m willing to make for the smaller size. We’ve now seen this tradeoff in a number of modern lenses including the new Sigma, Sony and Canon wide aperture lenses. I like where the manufacturers are going with this; I’ll say it again, I’d rather accept some compromises with a small and light lens that I’m willing to take around, rather than having a perfect lens that stays in the cabinet.

There have been many reports of poor focus performance with this lens. It appears to be primarily from GFX50R users, however I tried the lens on my 50R and didn’t find it to be problematic. Is the lens a speed demon like the GF50? No. Is it similar to the GF45 and GF63, which also use DC drive motors? Yes. On the 100S, I find the AF performance to be more than adequate.

Fujifilm could very well have created a super fast focusing lens, but there would have been other compromises. We’ve seen that they’re willing to make those sacrifices when it makes sense. I trust they chose a DC motor rather than the faster LM for good reasons.

To confirm that the performance is acceptable, I did full end-to-end racking of the lens and compared it to the GF110 (known to be a fast focusing Linear Motor lens). Here are the results with the Boost AF Priority set to On (I find having to choose what to prioritize annoying and wish Fujifilm would make the camera smart enough to know what to prioritize for me):

I was a bit surprised at the results because the GF110 certainly feels much faster and seems to track objects better, however in this racking test, the differences are rather small on an absolute basis. However, on a relative basis, the GF80 is almost 20% slower so the feeling of it being behind the GF110 is verified by the facts. Another factor at play which I did not test is the ability for the lens to accelerate and decelerate the focus block back and forth when acquiring focus in AF-C mode. The GF110 may be faster at that back and forth than the GF80.

Because of its diminutive size (for Medium Format), this lens is supremely usable. It has quickly become my go-to lens for when I want to capture some environmental images of the streets around Beijing. I can’t wait to take this beast travelling to exotic places. The focal length is perfect to capture people, while giving a good indication of where they are, and the atmosphere around them.

As much as I love the GF110, it spends far more time in the cabinet than it should, and that’s because it’s so big and heavy. The GF80 will not suffer the same fate. It’s already pretty much glued to the 100S since I got it, and I’ve taken it out on the street, to birthday parties, inside restaurants, and even in discrete bars. I especially love how the images turn out at night, which further adds to its versatility with its wide aperture.

We all waited a long time for this lens and Fujifilm delivered in spades. It’s small, light, sharp, and bright, and it has luscious and beautiful bokeh. It fits perfectly across the GFX lineup, including the 50R and especially the 100S. It fits nicely into a small Peak Design 6L sling with plenty of room the spare. The autofocus isn’t amazing, but it’s on par with other GF lenses, so it’s no worse than what we’ve become accustomed to.

We all waited a long time for this lens and Fujifilm delivered in spades. It’s small, light, sharp, and bright, and it has luscious and beautiful bokeh.

Most important, it’s a lens that I can see people using a lot; it’s not going to sit in the cabinet, it’s going to be on the camera a lot more than the GF110 would be. However, I don’t think this lens is a replacement for the GF110. Fujifilm has positioned them perfectly so that they complement each other rather than replace each other. I can however see the GF63 being sold now that I have the GF80. While that lens is sharp, I hate external focusing lenses and I think Fujifilm should reengineer that lens in a V2 in the near future.

Fujifilm has another winner on its hands, and I can’t wait to see the images photographers create with this incredible lens! I’d also recommend visiting Jim Kasson’s excellent blog where he’s doing extensive testing of the GF80.

If you decide to buy this lens, let me know what you think of it in the comments below. You don’t have to register to post a comment. Please also consider subscribing to our no-spam mailing list below or on the right of the page so you’re notified of new posts.

High resolution images of the samples shown above can be found at this link (~150MB ZIP). If you enjoyed this review, please consider buying the products mentioned in this post at Amazon.com. As an Amazon Associate, I earn from qualifying purchases. 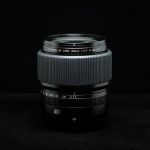