Before we dive into this review, I should make my bias known. I generally don’t like pancake lenses because they are, by definition, creations of compromise with size taking priority. I prefer no compromise lenses like the Fujinon GF110 F2, Fujinon XF16 F1.4 and Leica Summilux FLE 35MM F1.4.

They are big, heavy, or expensive, or a combination of the three, but they excel at producing incredible images, which is what matters the most for me. Held to this extremely high standard, the Fujinon GF50 F3.5 has a tough mountain to climb.

Held to this extremely high standard, the Fujinon GF50 F3.5 has a tough mountain to climb.

Disclaimer: The lens used in this review was purchased at full retail price from an authorized Fujifilm retailer in Hong Kong. It is my personal lens and I have no affiliation with Fujifilm or the retailer from which it was purchased from.

It seems like an eternity since Fujifilm announced the development of the GF50, a pancake lens, specifically designed for the GFX50R and other GFX models. It was widely believed that Fujifilm would launch this lens alongside the 50R, but it actually arrived nine months later.

So was the wait worth it? I think we need to talk about what this lens was designed for and how it matches that design brief before answering this question. Like all pancake lenses, the designers prioritize size and weight over other attributes such as sharpness, distortion and aberration correction.

We know from the other Fujinon GF lenses that Fujifilm has been designing for no compromises. The GF45 F2.8, GF63 F2.8, and especially the GF110 F2 are astonishing lenses with edge-to-edge sharpness at all apertures, from wide open right through to diffraction territory.

Even the GF100-200 F5.6, a lens that should be compromised because of its travel friendly weight, is a stellar performer when compared to other manufacturer’s lenses at equivalent focal lengths and apertures. I can imagine the challenge the Fujifilm engineers faced in developing this tiny lens.

Let’s dig into the important attributes of a lens and see how the GF50 stacks up.

Like all Fujinon lenses, the build quality is excellent with a good balance of metal, rubber and plastic. I do wish at times that Fujinon used full metal on the GF lenses as they do with most of their XF series lenses for the X-series cameras. However, I understand that this would make the already heavy GF lenses even heavier.

The aperture ring has a good weight to it and doesn’t turn too easily with good detents. The focus ring, while slim, also has an appropriate weight to it which makes manually focusing intuitive and easy. Finally, the lens connects with the camera with a nice and tight fit with zero play.

The only negative aspect of the build is the choice of a screw-in hood. The lens looks a bit like an antelope with the snout that comes from the stepped levels from the aperture ring, focus ring, and then the lens hood. I prefer using this lens without the hood to keep it as compact as possible.

The lens is very small compared to the GF45 and GF63 lenses. If you don’t own any of those two lenses, the GF50 sits about as proud as an AA battery does when mounted on the camera. In terms of weight, it’s very light, coming in at 335g, which is about the same as a can of soda. While it’s perhaps not as small as other pancake lenses, it’s definitely a very small and light lens for medium format.

Going into this review, I fully expected this lens to have compromises in contrast and resolution, especially near the edges. However, Fujinon has somehow created something rather special with this tiny lens. If we look at how it compares to the very sharp GF45, we can see that it compares very favourably.

Being a no-compromises prime, the GF45 is an extraordinary performer with really no flaws. In the centre, the GF50 starts off with a small deficit at F3.5 but then comes pretty close to matching the GF45 by F5.6. It never quite matches the GF45, but it’s a stellar performance especially when you consider its size.

Being a pancake lens, we would expect the edges to be soft, but again, the GF50 surprises with excellent edge performance beyond F8. What the comparison above also demonstrates is the incredible performance of the GF45, with amazing sharpness at the edges, even at F2.8.

The bokeh is very good on the GF50, with only slightly smaller bokeh balls when compared to the GF45, primarily due to the differences in the focal length making up for the lack of aperture. There is a bit of an outline on some of the bokeh balls, but it’s not objectionable.

With such a slow aperture, I didn’t expect much subject separation, but I shouldn’t have worried because this lens provides a similar field of view as an APSC 25MM F1.8, which is pretty close to the beloved Fujinon XF23 F1.4, or a full frame 40MM F2.8, both of which produce decent subject separation.

The lens uses a linear motor mechanism which provides fast focus speed with silent operation. It’s a much better mechanism than the one used in the GF63 which sounds and acts like something from a generation or two ago. The GF50 focuses internally which I think was a fantastic design choice by Fujinon. I hate the lens extending on the GF63 and the XF27 on the X-series, which often results in “turn off and turn on again” errors.

On a few occasions with the GFX 50R, the GF50 has confirmed focus, but the images then turn out to be out of focus. It’s not clear if this is lens specific or just the contrast detection autofocus on the 50R having issues finding enough contrast on the subject I was using for the test. Further research will be required to make a determination.

In real life situations, the GF50 performs above expectations. I thought I’d use this lens for times when I really need a compact form factor, but I’ve found myself using the lens far more frequently than expected. It has been attached to the camera nearly 100% of the time since I’ve gotten it.

The fast focus performance opens up new opportunities for the GFX series. Tracking a dog is pretty much impossible with most GF lenses, but the GF50 focuses quickly enough to keep up with my dog, even in near darkness on the contrast detection autofocus GFX 50R.

As with all Fujinon lenses for the GFX series, this lens has exceptional performance for sharpness, especially in the centre. It’s getting a bit monotonous in these reviews to keep saying how great they are, but Fujinon continues to deliver consistently high performance in all their GF lenses, with great colour, contrast, and minimal aberrations.

Fujinon has another winner on their hands, and if pre-orders are anything to go by, it seems a lot of owners will be very happy with their new purchase. The focal length works very well by giving a human’s eyes view of the world, and with fast focus speed, exceptional image performance, all wrapped up in a small form factor, you can’t go wrong with this lens. I highly recommend this lens as a “must have” for the GFX system.

Fujinon has another winner on their hands, and if pre-orders are anything to go by, it seems a lot of owners will be very happy with their new purchase.

These reviews take an enormous amount of time to put together. If you’ve found it useful (or not), please leave a note below to let me know your thoughts; you don’t need to sign up or register to post.

If you enjoyed this review, please consider buying the products mentioned in this post at Amazon.com. As an Amazon Associate, I earn from qualifying purchases: 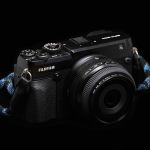