I had been curious about India for some time, and when the opportunity came up to visit, I leapt at it. I had heard so many extremes about India, ranging from “I loved it, it’s amazing!” through to “I hated it, I’d never go back!”, so I wasn’t sure what to expect.

Our itinerary was for 10 days, essentially a week plus one day and the two weekends:

We arrived into Delhi very late on Thursday night and had arranged for a hotel car pickup (inexpensive). Because we were essentially using the hotel as a place to sleep, we didn’t care too much where we were staying. We chose Connaught Place due to its proximity to the train stations and we had heard it was a cool place to walk around.

We woke up bright and early because we had arranged a car to take us to Agra at 11am. We had wanted to take a train, but the high speed trains (2h50m) were all sold out. At 7am, Connaught Place was definitely not a great place to be walking around! It was decidedly sketchy with a number of touts walking around, looking for anyone to prey on. 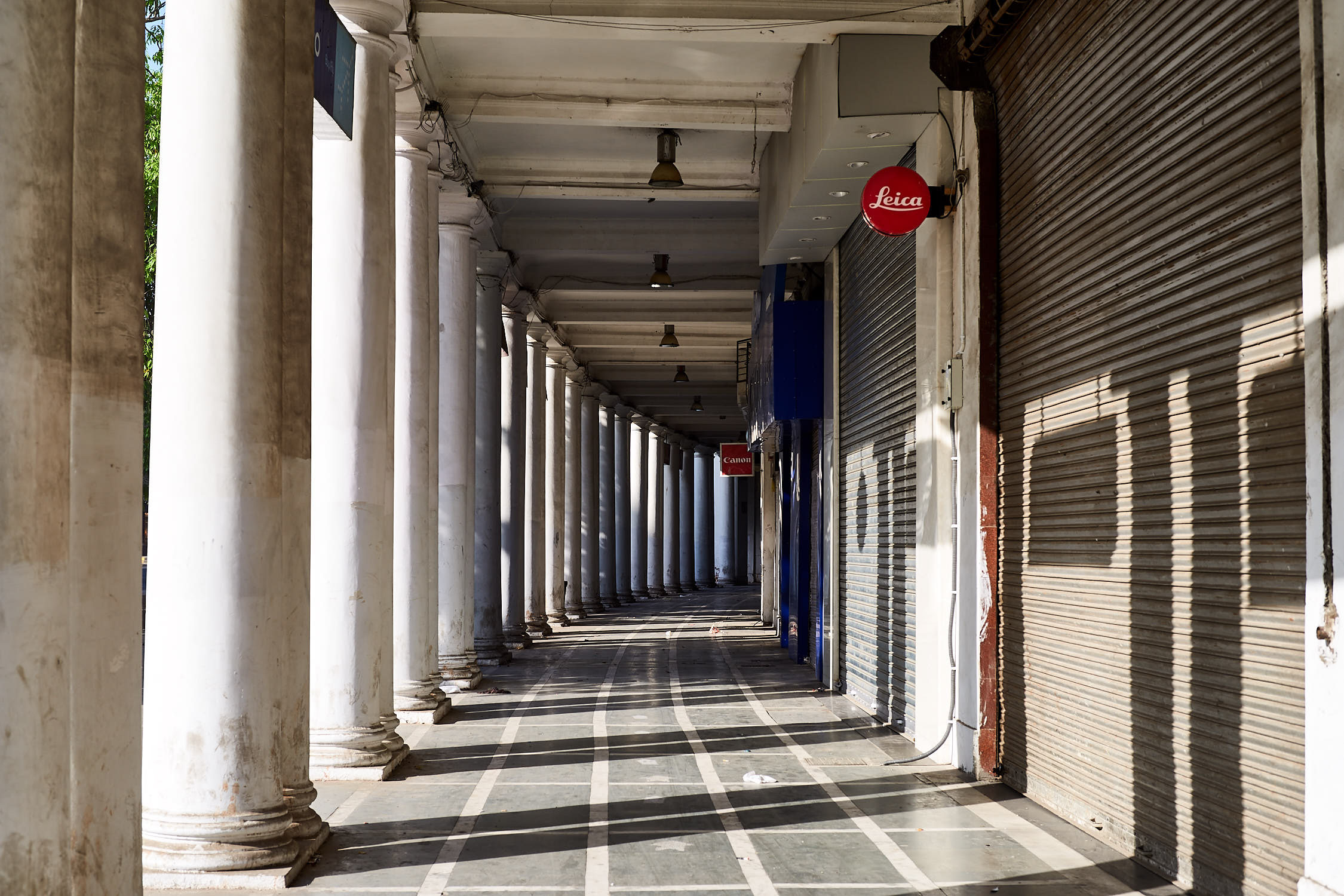 With this being our first visit to India, we got sucked into visiting a “Government Tourism” office off a back alley. Thankfully, they were decent people and let us go without getting too angry that we didn’t book any tours with them. The fact we had already booked our car to Agra helped us escape their office unscathed.

We soon realized that there was a pattern to the touts. They’ll say hello, ask where you’re from, then will tell you be careful of your bag because there are thieves around, and then will ask a number of narrowing questions to determine if you’re a good target for commissions from their friends’ tourism shops. As hard as it is, it’s best to ignore these seemingly kind people and go about your business with confidence.

I should mention however that throughout the trip, when we found ourselves being pressured by touts, a few sincere smiles and jokes, or expressing how much we’re loving India, tended to de-escalate the situation quickly. Ultimately, they just want to make some money, so try not to get too upset when it happens to you; they’re not trying to harm you or take advantage of you. 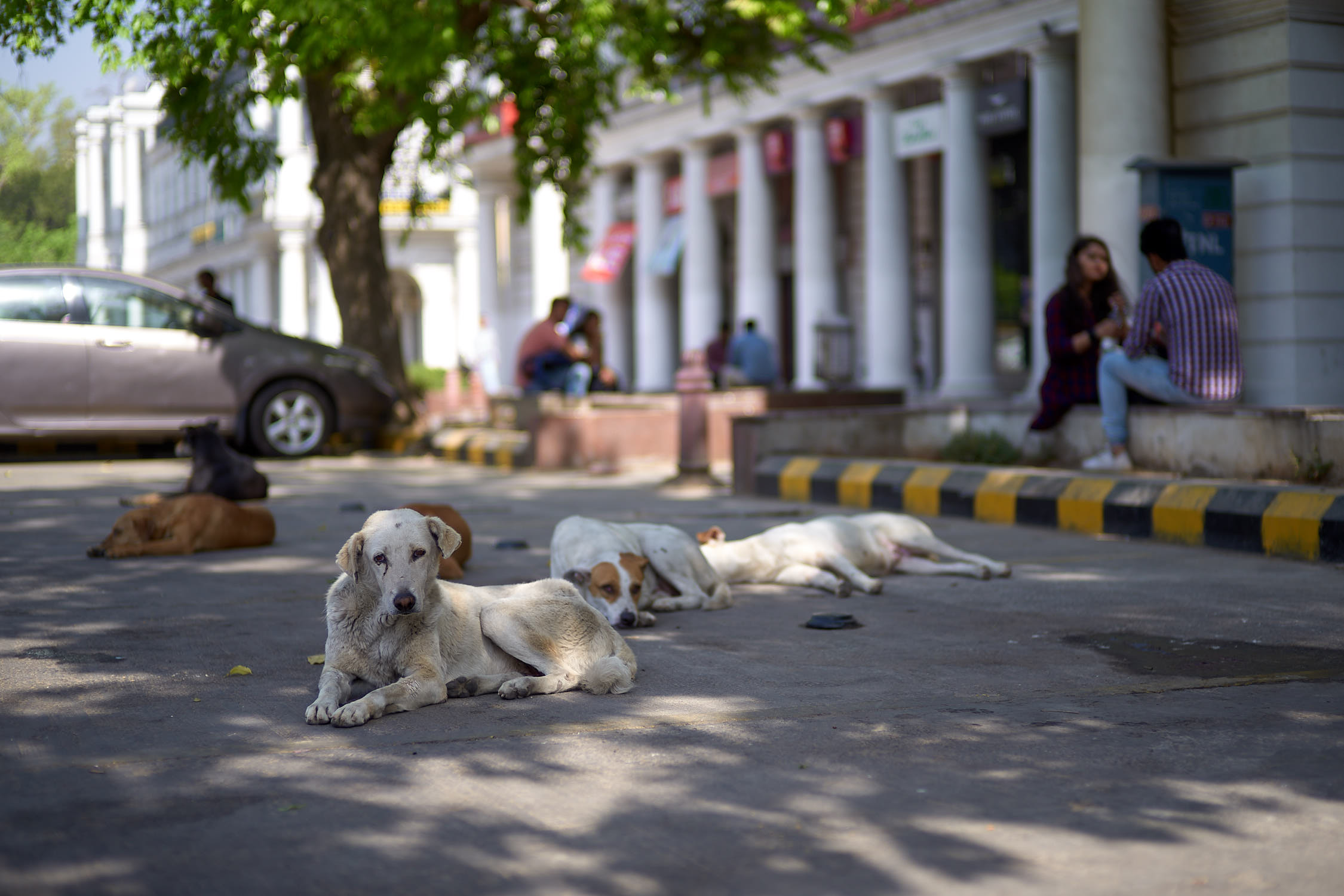 At 7am, Connaught Place was full of stray dogs, touts, homeless people, and a few workers coming into the few chai shops that were open. We came across this parking area where people took turns to feed the pigeons. 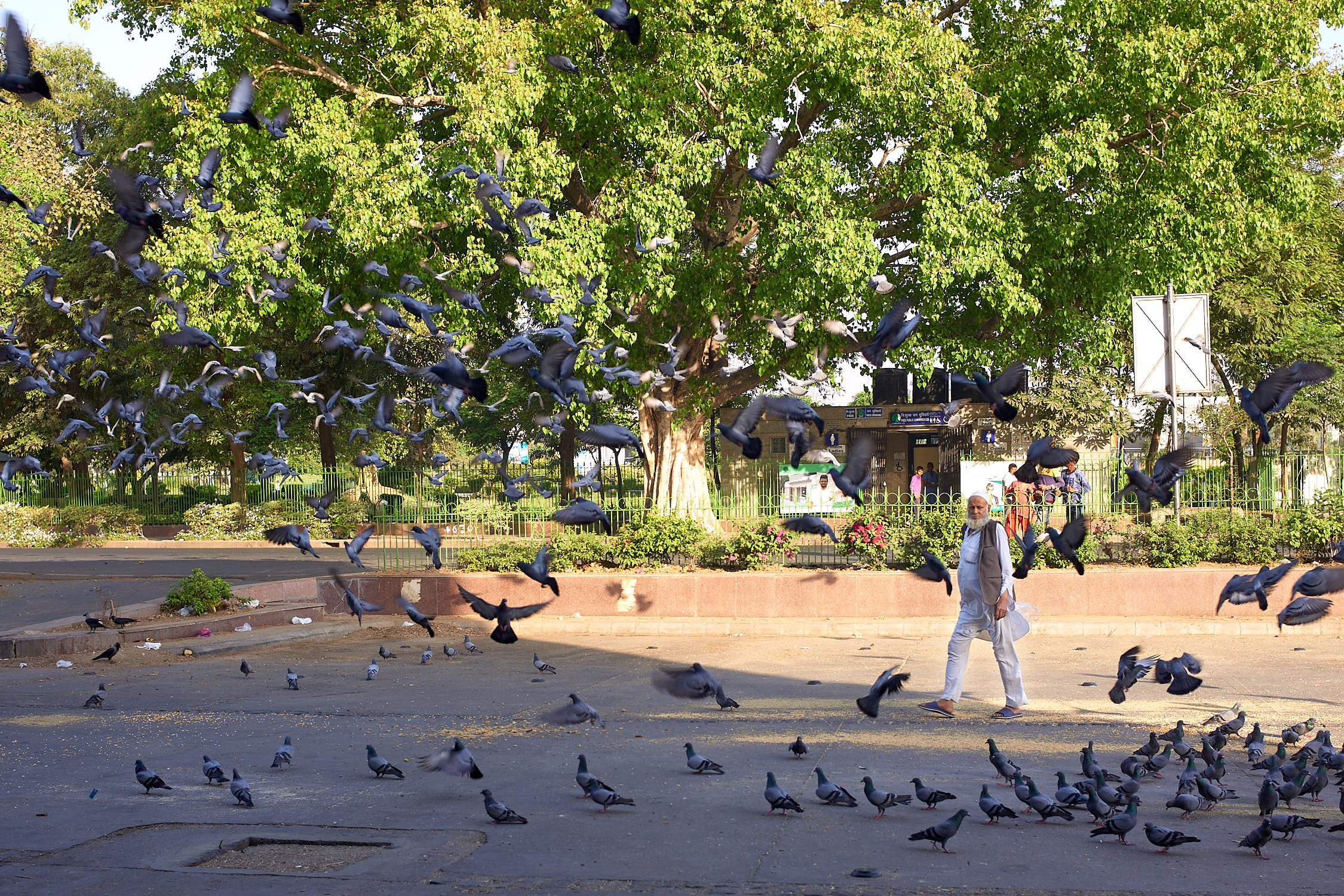 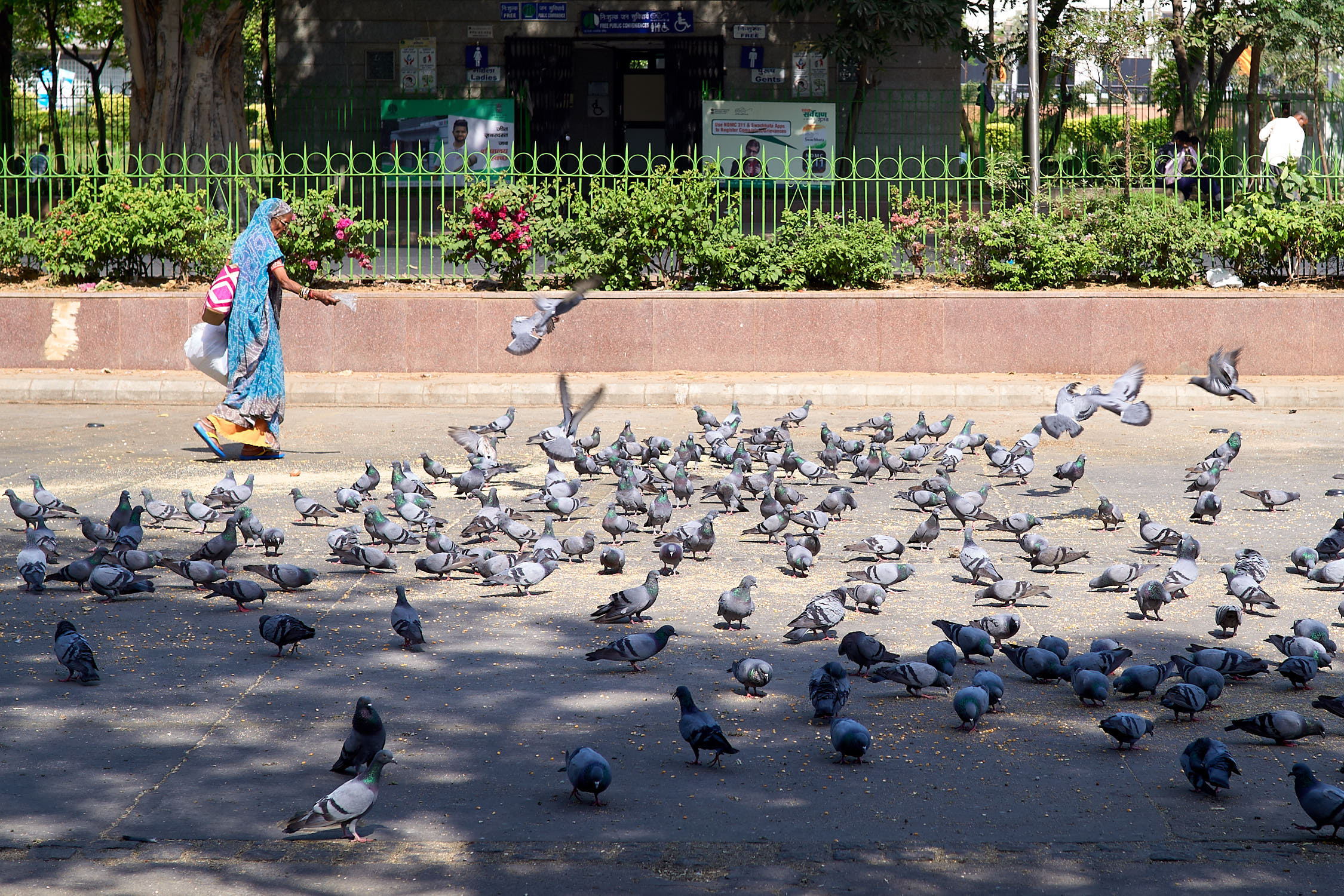 We figured that no breakfast is complete in India without some chai and samosas. We found this little modern shop that was a cross between Starbucks and Tim Hortons that served up delicious chai. Unfortunately, the samosa was filled with a vermicelli concoction of a fusion of India and China that probably sounded good in concept, but certainly didn’t translate well in execution! 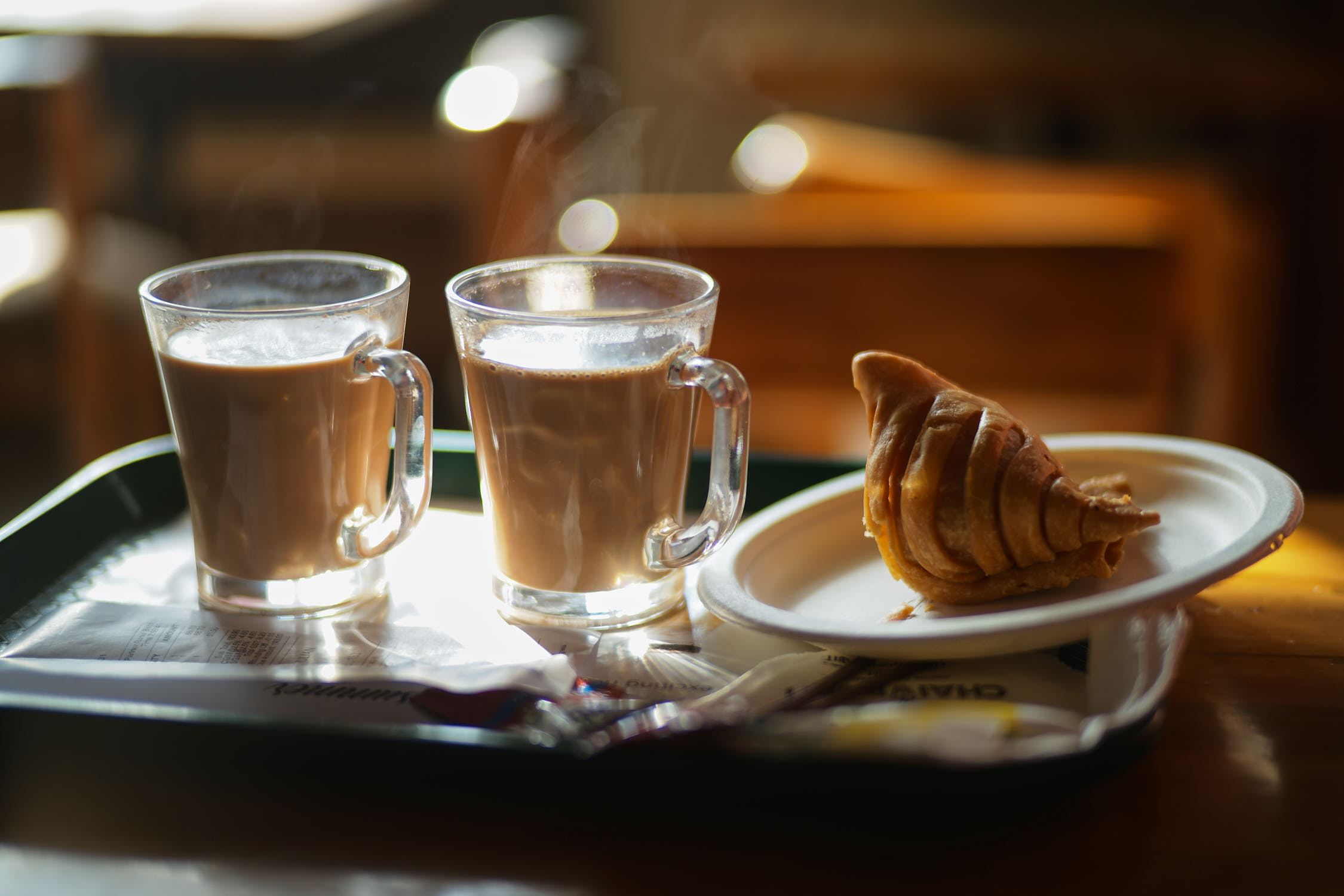 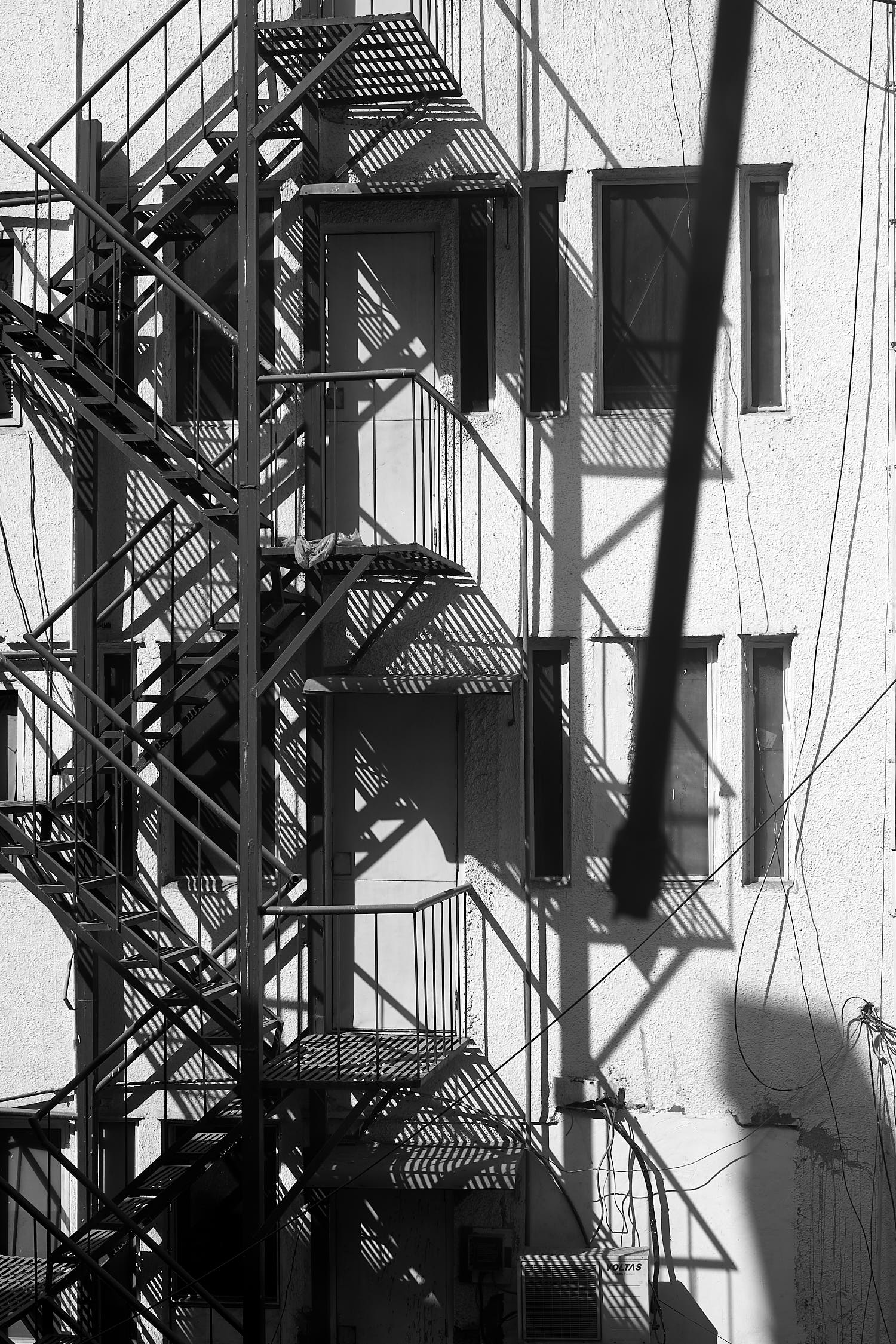 As we were walking around, we came across this intriguing book shop. First, it was open extremely early when everything else was closed. Secondly, it was packed full of old books. 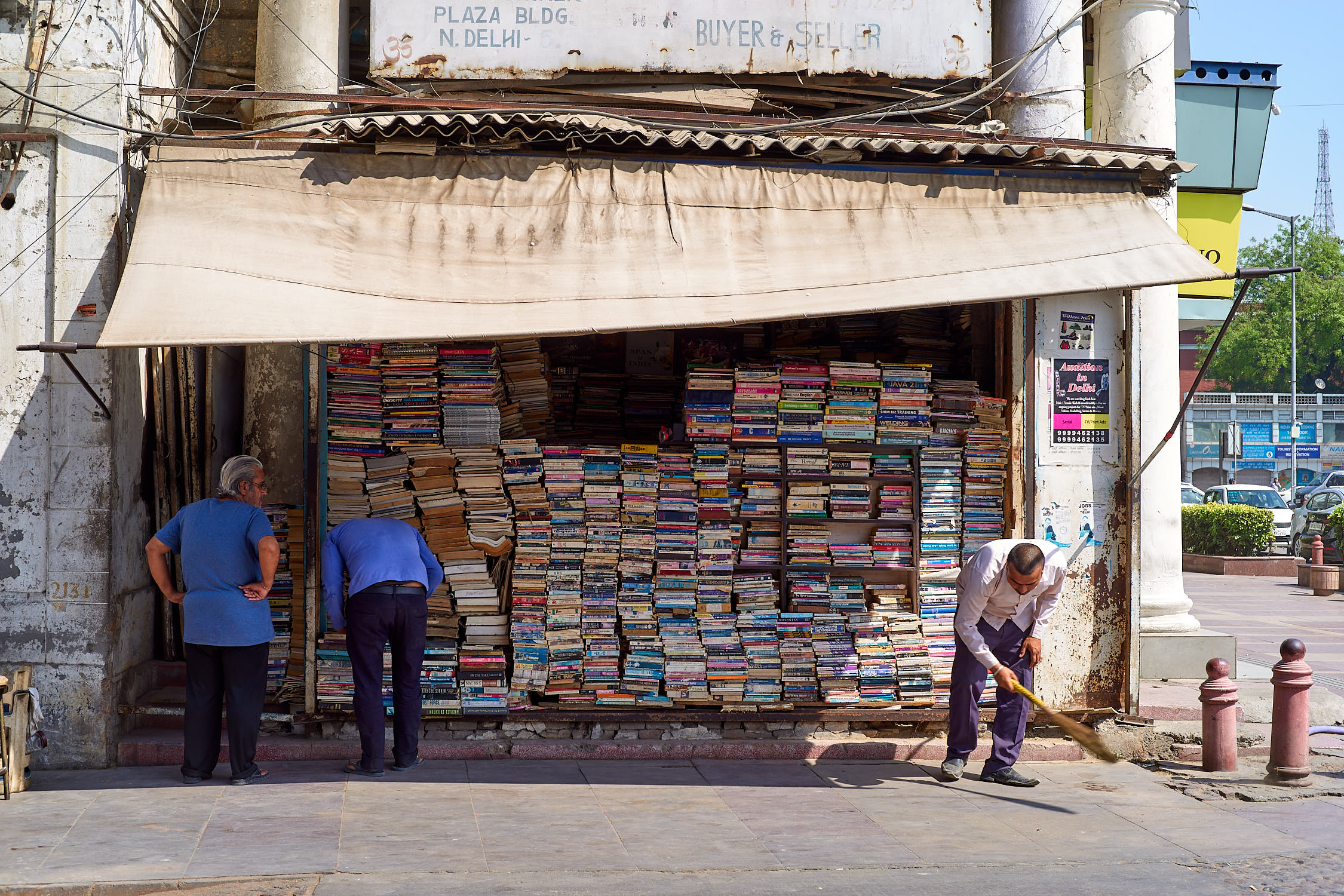 Since we used Delhi as a transit point rather than a destination, our time was unfortunately very short. Our logic was that Delhi is easy to get to, so we can always come back again in the future to visit. Our small taste of Delhi definitely left us wanting more and we intended to spend a full day here on the way back (unfortunately, that turned into a bit of a mess and we did not get the chance to leave the airport on our route back home).

On the way to Agra, the driver stopped at a roadside restaurant so he could grab a bite to eat. We saw this man making naan bread. It looked and smelled so good that we decided to eat there too. I don’t think we saw any foreigners there, but they did have English menus. This turned out to be one of the best meals we had in India. We ate and ate and ate until our stomachs were ready to explode. Best of all, the cost was around US$6/person including naan, curries, samosas, and the best chai we’ve ever had! 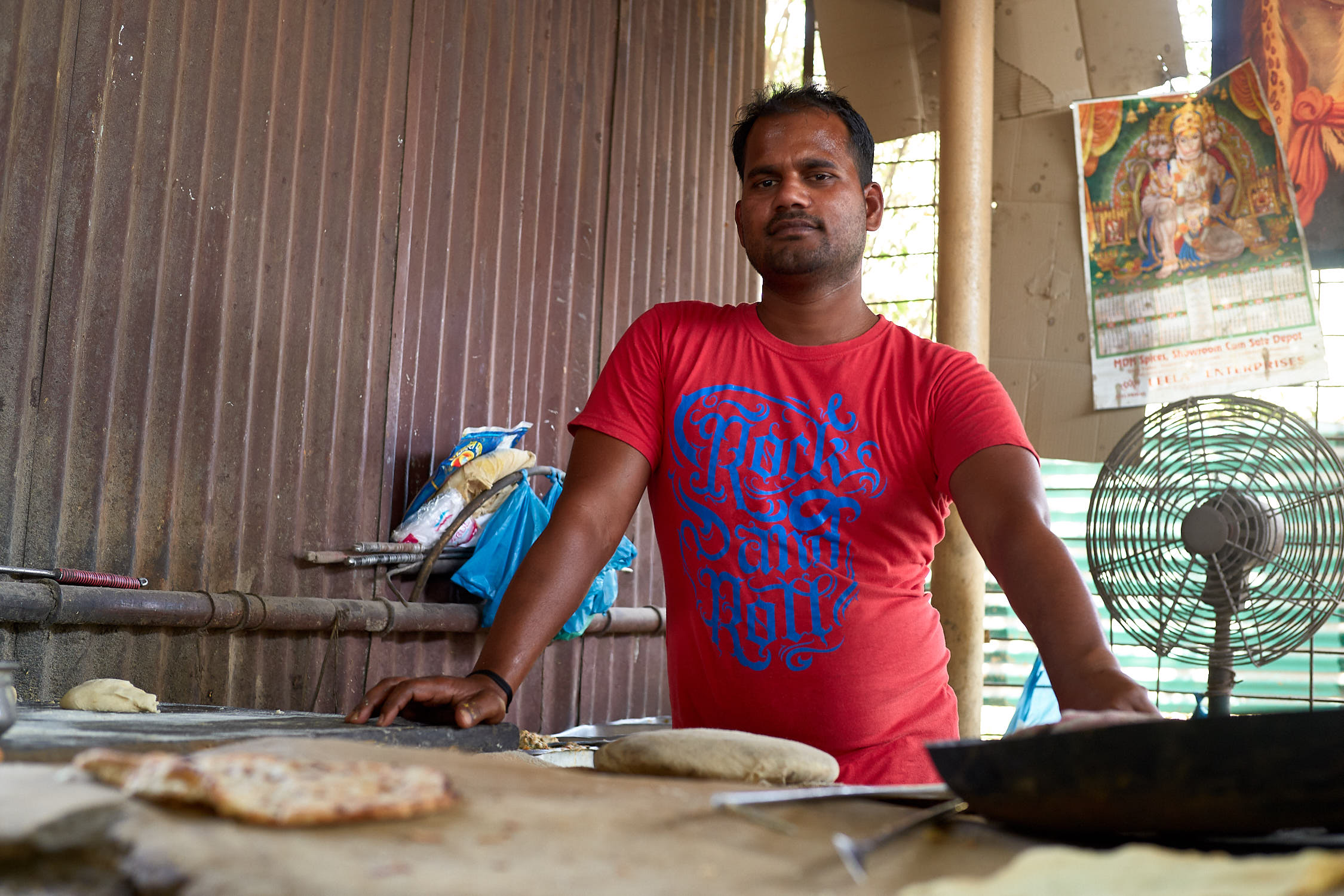